Supported by The University of Oxford
Skip to content 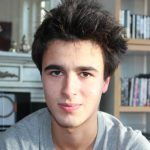 If you haven't already, please take a couple of minutes to have a quick look through the briefing notes pages.
Most questions you have will be answered there.


If you need more help, or just fancy a chat with the super awesome moderator team, visit the staffroom